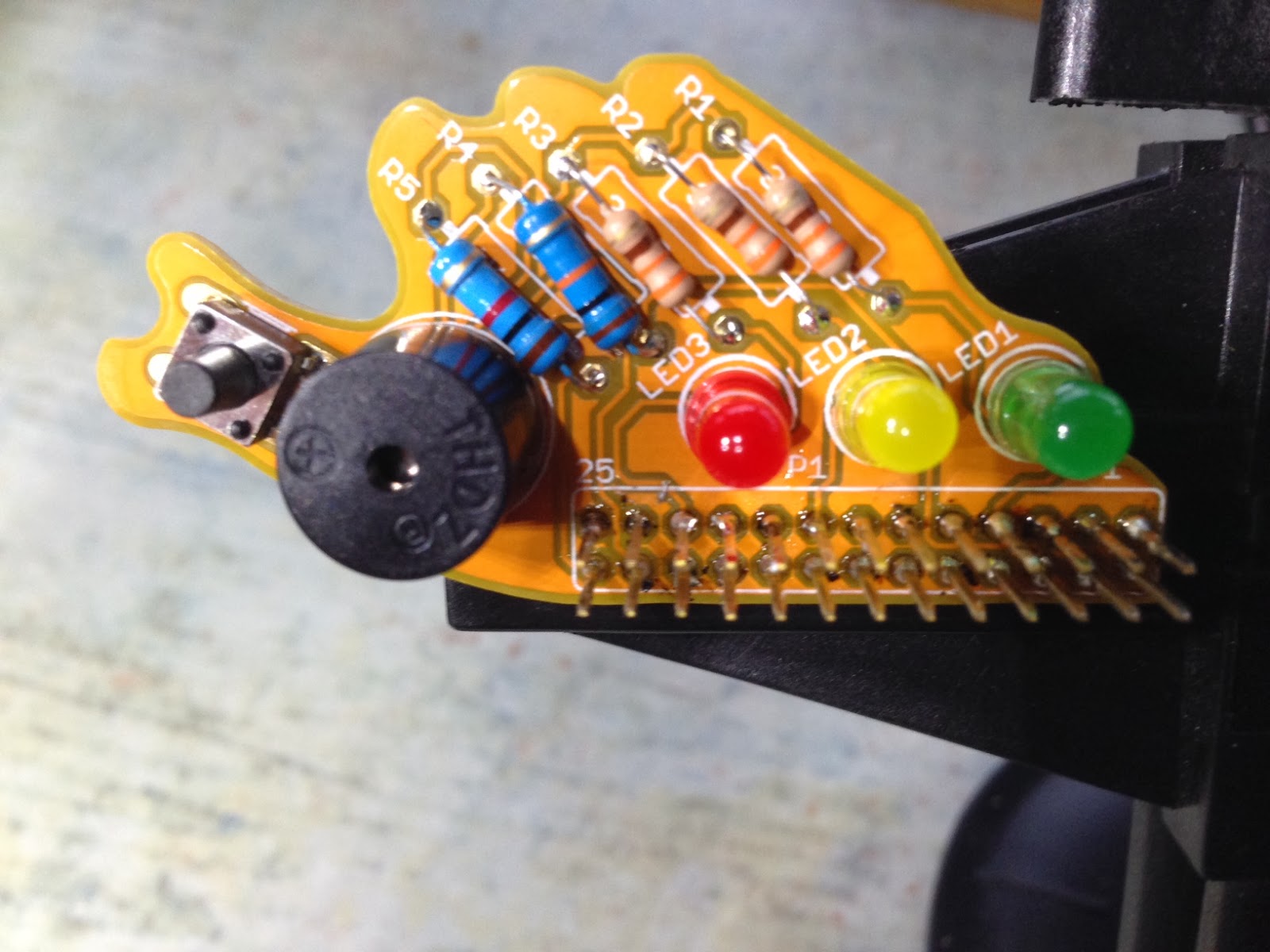 This weekend I did a quick raspberry pi i/o kit, the fish dish from Pi Supply.  Not one of my best soldering jobs but it works.  It is a nice, elementary and cheap shield to test using the i/o ports of the raspberry pi.   The board has an elementary speaker, LEDs and a button.  The test program that a user submitted uses python and its RPi.GPIO library, very straightforward on the Raspberry Pi.  The kit is less than $15 and will be out soon.  Mine was delivered early since I supported the kickstarter that launched it.

One caution is that it seems that the latest NOOBS version of Raspberry Pi really needs more than a 4 gig SD card,  I advise 8 or 16 gig.  Now I am wondering whether python scripts or arduino sketches will be my i/o software of choice.  For most embedded projects the arduino will win due to its size and the final will be in C and not in sketches.

So when does one stay pat with the programming languages they know?  Well I am 62 and still want to learn new languages!  I am wondering whether Dart should be next.  Any opinions?  Later!